This posting refers to an earlier posting of

Adyar – The Voice of Stagnation 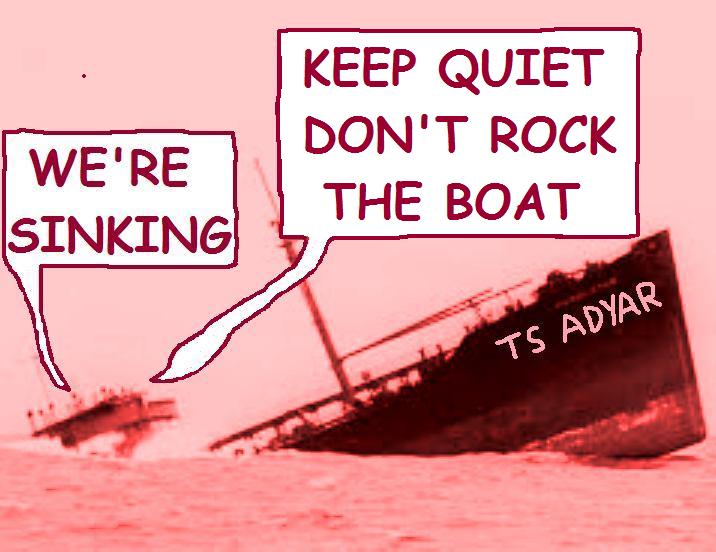 My suggestion of the extra box on the ballot paper concerning separation of one’s section from Adyar has generated considerable interest from TS members who are dismayed at the current state of the Society.

I will clarify the suggestion;

1)  That an extra box be provided on the current presidential election ballot for those who do not wish to vote for either candidate. This would state;

“Separation of my National Section from the Adyar Theosophical Society”

2)  This extra option need not affect the election of the candidate with the largest number of votes.

3)  The votes for this option be made public along with the votes polled for each candidate.

4)  The votes for this option need not be binding on any National Section at this time and this should be made clear on the ballot paper.

I make this suggestion because the Adyar Theosophical Society’s remaining members are now faced with option of voting for either of the no change candidates and of being resigned to the demise of the Society within a few years. Both candidates come from, and represent the interests of, the Theosophical aristocracy who have failed to produce any agenda for reform and have sat on decline for decades. The selection process was secretive and carefully managed in the interests of the ruling elite and not of the Society. The manipulators have been careful to make sure that no candidate was presented who was unacceptable to them. The leadership regards the members as BALLAST and consulting them on any issue is an inconvenience that they would rather do without.

The effect of this option will be to put the moribund state of the Adyar Theosophical Society firmly on the agenda. I am sure the election organisers will find a procedural objection to my suggestion but as it would not affect the election of a candidate and would simply present an alternative to not voting then I cannot see any real reason why it shouldn’t be implemented. Raising the subject of separation from the Adyar Theosophical Society is highly appropriate at this time as without drastic reform, the Society will break up anyway.

Membership Decline:- The Elephant in the Room