Future? of the Adyar Theosophical Society

The True Status of Members

This is how the Adyar Theosophical Society elite 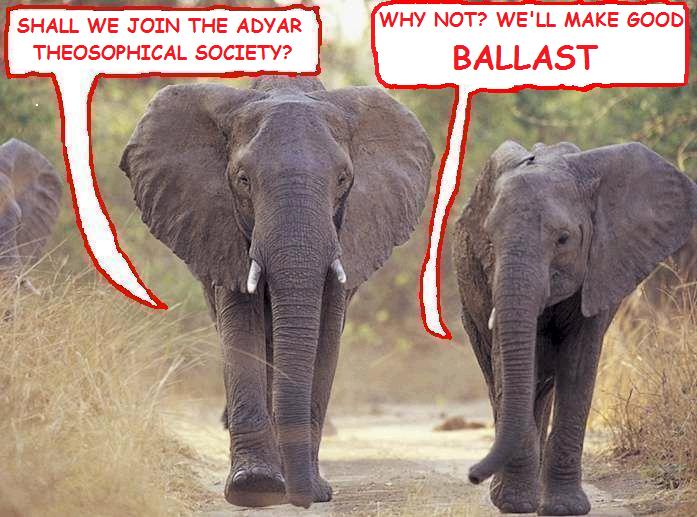 This is an extract from;

To the 138th Annual Convention of the Theosophical Society

the quality that we should worry about. While quality is certainly important, dropping trend cannot be ignored in a scenario where world population is rapidly growing. From 2 billion in 1930 it grew to 7.5 billion in 2012.

We also need a critical mass of minimum members for the Society’s stability like sea faring vessels need a minimum ballast weight. Without a critical mass, there can be no critical momentum. The declining trend in membership may not be taken lightly. Perhaps, we must nurture and enthuse our members with energy and example of our life.

So there we have it. The Theosophical Society elite regards the members as ballast to keep the ship stable. This is just as an aristocracy needs peasants to maintain a feudal system to keep it in the manner to which it has become accustomed. Following hard on the heels of the “ballast” insult, the final sentence; “We must nurture and enthuse our members with energy and example of our life” is very patronising.