The Sole Purpose of 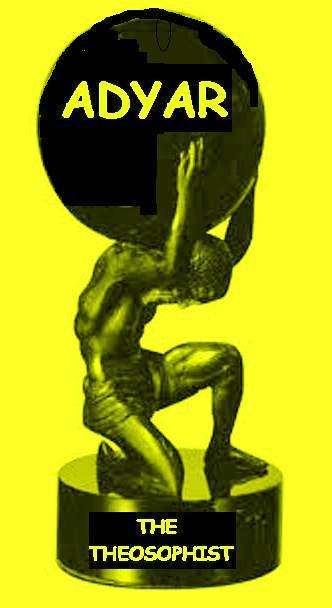 Adyar has become remote from the Theosophical Society

but still expects the Society to support it. This has become a

burden that Theosophy could well do without.

Adyar makes no effort to support or promote Theosophy outside its walls and is now indifferent to the level of specifically Theosophical activity being undertaken by Adyar affiliated groups around the world. This is of no concern as the primary function of the members is to pay fees to support Adyar and nothing is given in return. International Vice-President Mr M P Singhal was at least honestly representing the leadership’s cynical view of the members when he called them “BALLAST” at the 2013 Adyar Convention.

Support for Adyar as the Society’s sole objective comes from local families with a position to protect and some of whom regard it as the family firm. Radha Burnier was born on the Adyar Estate and regarded it as her ancestral home in the aristocratic tradition. In the past there has been support for Adyar from within the national leaderships but this is melting away. A realisation of the moribund state of Adyar, accompanied with its failure to deliver, is now leading to an increasing demand for reform from both national leaderships and individual members. Loyalty to Radha Burnier enabled her to resist change at Adyar for 33 years but this respite for the old school Adyar diehards and hangers on is now at an end. This is another walk away issue for national sections.

If the primary objective is to perpetuate Adyar then it must be asked, What is the purpose of Adyar? It may claim to be an international headquarters but it doesn't function as such and appears to make no effort to do so. The headquarters of modern international organisations can contact their members almost anywhere in the world instantly with information and news, and in turn members can contact their headquarters directly. Surely it isn't too much to expect the Adyar Headquarters to do a bit of headquartering rather than behaving like a shop that thinks customers are a nuisance.

There are indications that, for many years, even the Indian authorities have regarded the Adyar Estate as some sort of religious centre occupied by Brahmins and not as the headquarters of an international organisation that it claims to be. If Adyar really were the headquarters of an international organisation then it would interact with, and offer support to that organisation rather than draining it of energy and resources. Adyar has had no interest in the international Society for many years except that it generates funding and provides an image of grandeur. With only 20 national societies represented at the 2013 Adyar Convention, it looks like groups around the world are taking the hint.

If Adyar were to close, most members would be unaffected and many already believe that the end of Adyar as a pretend international headquarters is inevitable. Perhaps a new Theosophical role could be found for Adyar but this is difficult to envisage given the current state of the Society and the resistance of the elite to new ideas.